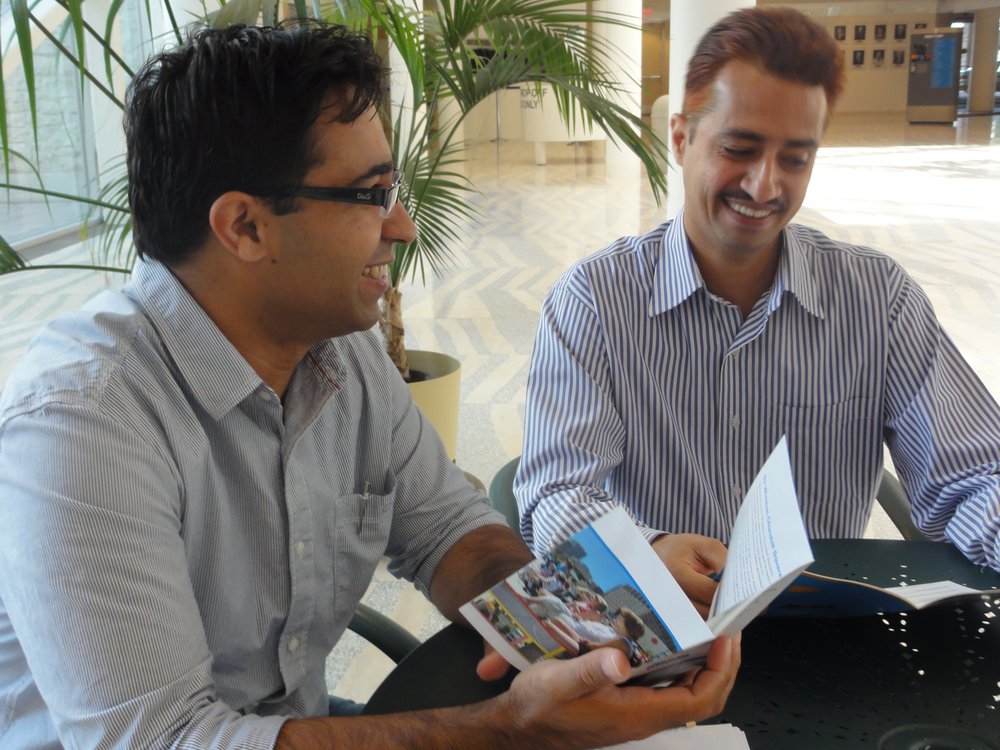 Until September 2010, Sanjeev, his wife and two children were living in India where Sanjeev was employed in his chosen profession of accounting. From India’s Punjab state, Sanjeev had completed his Master of Commerce degree from Delhi University in 1994 and earned his professional accounting designation in 1997.

Eager to make a new life for himself and his family, Sanjeev and his wife chose to emigrate, joining his wife’s parents in Edmonton in the summer of 2011.

While the children were settling into school, Sanjeev was searching for a professional accounting job. He got in touch with the Edmonton Mennonite Centre for Newcomers (EMCN) to expand his job search and get some welcome advice. As he searched the Internet for professional development opportunities, he discovered the Edmonton Region Immigrant Employment Council (ERIEC) – and applied to become a mentee with The Career Mentorship Program.

“I was very eager to join the program. I wanted to better understand the Canadian work culture and what employers expect. My expectations have been fully met.” Sanjeev attributes much of his success to his mentor, Ishpreet Lamba, Senior Financial Analyst who was working at Exel Global Logistics Canada. The pair started meeting in December 2011 and completed their official time together in April 2012.

“Ish understood immediately that my goal was to get a good job in accounting. He also understood the specific things I needed to learn about the Canadian workplace. He helped me fine-tune my resume and cover letter and introduced me to his network and shared some very useful tips for job interviews”. The two also shared information on interacting with superiors in India and in Canada and how.

Clearly, Sanjeev paid attention to the things Ish had taught him. He secured a temporary accounting position with the Government of Alberta, then moved to the City of Edmonton as a Senior Accounting Assistant.

Sanjeev highly recommends ERIEC’s mentorship program. With its step-by-step guidance and personal interaction with mentors like Ish, “who knew what I was going to ask even before I asked him,” the experience offered exactly the information Sanjeev needed.

Build the careers of skilled immigrants and promote a global perspective in Edmonton's business community.