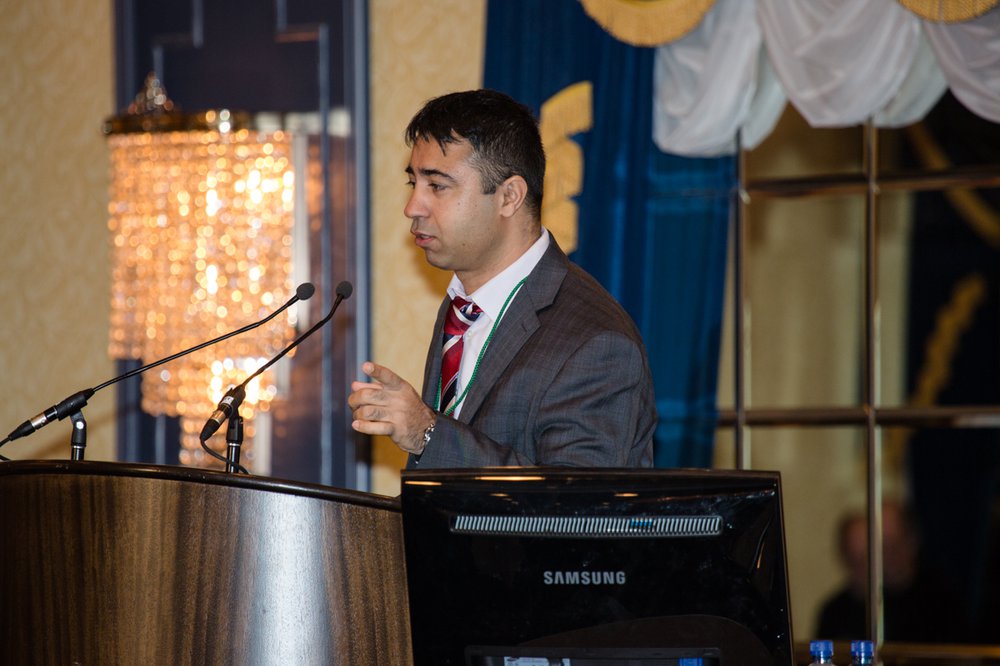 This is the last of the series of publications about 2014 Global Talent Conference which ERIEC hosted earlier this year. There were numerous of great speeches and workshops delivered to the group of over 150 internationally trained professionals and employer leaders from Edmonton region. The exceptional speech was made by Ishpreet Lamba, the former mentor of the ERIEC Career Mentorship Program.

“I would like to start off with an example to illustrate the void which ERIEC has succeeded in filling in”, Ishpreet started. “A guy comes to Canada from another country…well educated, smart, knows how to dress well, has worked and travelled the world with international organisations like the United Nations…can talk fairly good English…starts applying for jobs online…maybe accounting, HR or any other for that matter. Actually, he starts applying online as soon as he gets his visa, and by the time he lands he has applied to more than 500 jobs…positive response…95% of the employers did not even acknowledge.

The guy lands in Canada…moves to Alberta as that is where the economic indicators are strong, starts talking to recruitment agencies in the city. He gets the typical run around. We can’t hire you because you do not have Canadian experience and I can’t get Canadian experience, till someone hires me. Did I say “I”…yes, I did because this is my story”, Ishpreet shared with the audience. He stated, “I cannot even imagine if ERIEC would have been there with their classic mentor – mentee program, how helpful it would have been to me and my family. Because, this is THE VOID, which they fill in and they do a great job at that.”

Here is what Ishpreed said about his mentorship experience. “I got involved with ERIEC as a mentor couple of years ago. I jumped on the wagon and said, yes, I would love to be a mentor, not because, it gave me CPLD points for my CMA designation, but because, I did not want another professional to unnecessarily struggle the same way as I did. 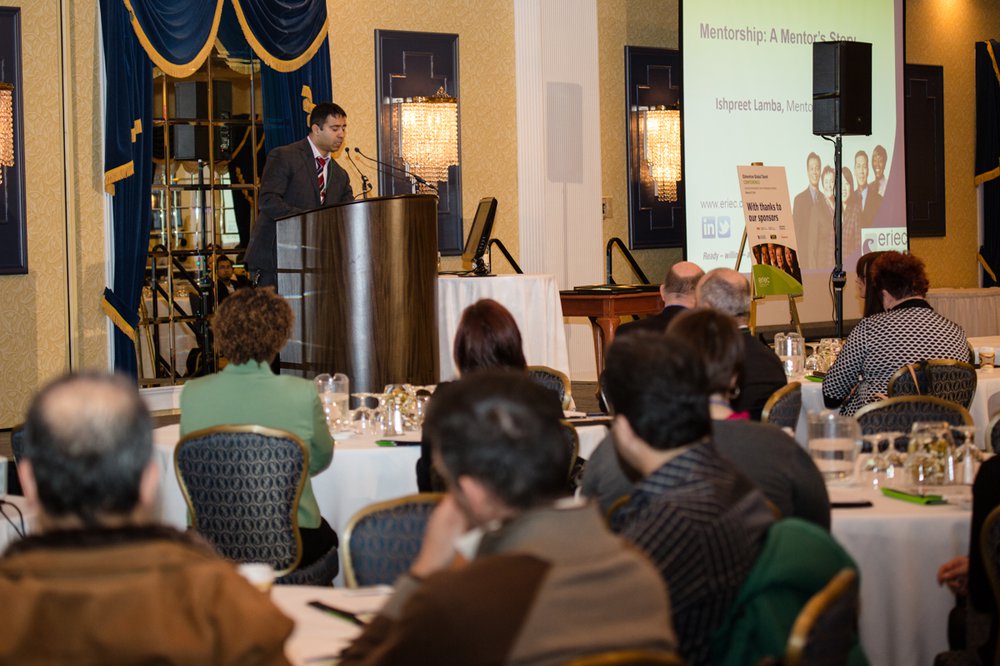 Two fine gentlemen were assigned to me as my mentees and they were amazing. One from Europe and one from South Asia and both of them more educated than I was. Isn’t that a paradox! My only upper hand I was settled in Canada before them! Anyway, we started off our interactive sessions and we had some great conversations.

I believe that mentor and mentee relationship like any other relationship is a two way street.  Granted, they learnt a lot about Canadian work culture and society from me, but at the same time, I learnt so much about their culture, their country, and believe me, I use that acquired knowledge to my benefit in the workplace today. My employer is an unbelievably diverse employer and with operations in 22 countries, there is always something new to learn. My mentees taught me how to impart training at different levels, how to be patient. One of the main lessons, I learnt was one size does not fit all, when it comes to imparting training and giving instructions. Depending on your culture background, you may be used to a different way of coaching/mentoring and we need to adapt to that. Depending on where you come from, ‘I understood’ phrase could mean, I really understood all of it, or I am too scared to say otherwise!!

When I did mock interviews with them, it was not only a good rehearsal for them but for me too. I use those practiced skills in my real life hiring too.  Playing out different scenarios including so called water cooler discussions helped all of us involved in sharpening our communication skills.”

In the end, Ishpreet conclude, “Thank you ERIEC for giving me this opportunity and platform to not only help others settle professionally but also enhance my own experiences. I really feel satisfied when my mentees find a job in their chosen field and are well on their way to the career path, we both built together.”

Join us at a premium event for newcomers who are looking to connect with and be inspired by leaders from the Edmonton business community.