How Arnold became a master networker and rocked his career. 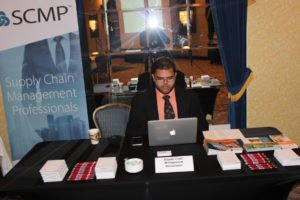 Arnold D’Souza built his career by using his interests and hobbies to launch his professional network the “fun” way. This method earned him not only a great career but a well-rounded and balanced life. His “aha” moment happened when after sacrificing everything to his employer, he was still laid off. From that experience, Arnold realized that if his small network of friends could find him a job in six hours, a wider and deeper network would set him up for life.

Let me tell you about Arnold D’Souza and how he built a meaningful and well-paying job in Canada by having a clear career path and networking.

Arnold moved to Canada 8 years ago, from Dubai, where he handled the logistics for 40 countries and 27 distributors for General Electric as a commercial analyst. Currently he works as a Business Development Associate for SCMA.

Shortly after arriving in Canada, he used all his savings and was desperate to find work to pay his bills. He started out working at Superstore as a greeter, and then at CIBC. His daily routine was: wake up at 5:00, work until 12:00 then go to CIBC and work until 7:00 p.m., go to MacEwan University every evening and take a full four-course load (to upgrade his education an earn a Canadian certification), get home by midnight and go to bed. Repeat every day for two years. Whew!

Then something happened that made Arnold rethink his idea about working 24/7…He lost his job, even though he had been working so hard to help build the company and make his employer happy. The day Arnold was laid off, he sat in his car and texted all his buddies saying he had been laid off and needed to find a job. In six hours he had a new job!

That was the moment Arnold realized he needed to expand his network and change his lifestyle. He considered himself lucky that his friends were able to help him get connected but he made the decision to actively and intentionally grow his professional network so he would not find himself in this position again. His advice now is that if you are working 8-10 hours a day, spend an hour a day on your career development by networking.

For example, Arnold is a Latin dancer and competes professionally. Through his hobbies and interests, as well as the occasional professional event, he eventually created a strong network that not only helps his career development but assists others with theirs.

Arnold sees networking as a joy because all his daily activities are opportunities to network.

His logic is this: “Don’t put all your efforts into your job that only benefits your employer. Make sure you keep some time for yourself so that your career continues to develop, that is how you invest in yourself.”

Your time spent investing in networking makes your career resilient no matter what happens in the economy. With his attitude of “always be networking”, one skill Arnold has developed is talking about his skills naturally in conversation as it comes up. He listens actively to others, has a natural conversation, and when the opportunity comes up, mentions something he does well and provides an example. He believes that this is why people he meets remember him, keep him in mind for opportunities, and their examples allow him to remember them. This method has allowed Arnold to develop a large and active network, so if you need a person, thing, path or connection to a group, you are likely to find one by talking to Arnold.

Some final advice from Arnold D’Souza to would-be career builders is:

“Have fun in everything you do – life is too short to have regrets. Love whatever you do in the moment.”

So let’s look at Arnold D’Souza’s strategies for developing a professional network – the fun way!

Connect with local business leaders and immigrants with international experience to build a diverse, professional network.